Best US Cities for Professional Women

Although the Equal Pay Act was passed in the early 1960s, women in 2019 are in a constant uphill battle to earn the same amount as their male counterparts.

The wage gap continues to result in a lower overall median wage for women than for men in the same occupation. Industries based in science and math continue to be dominated by men with remarkably low percentages of the workforce being made up by women.

Our team wanted to find out which cities were the best locations for professional women based on income, workforce, and wage gap. Based on income and workforce reports from the census, this is what we found out.

Best Paying Jobs for Women According to Average Salary

The occupations with the highest annual salary for women cover a wide range of industries, including business, healthcare, engineering, and technology.

The highest average salary for women goes to chief executive officers, but even that average doesn’t break six figures, and according to Payscale, the average CEO salary, in general, falls around $159,000 per year. 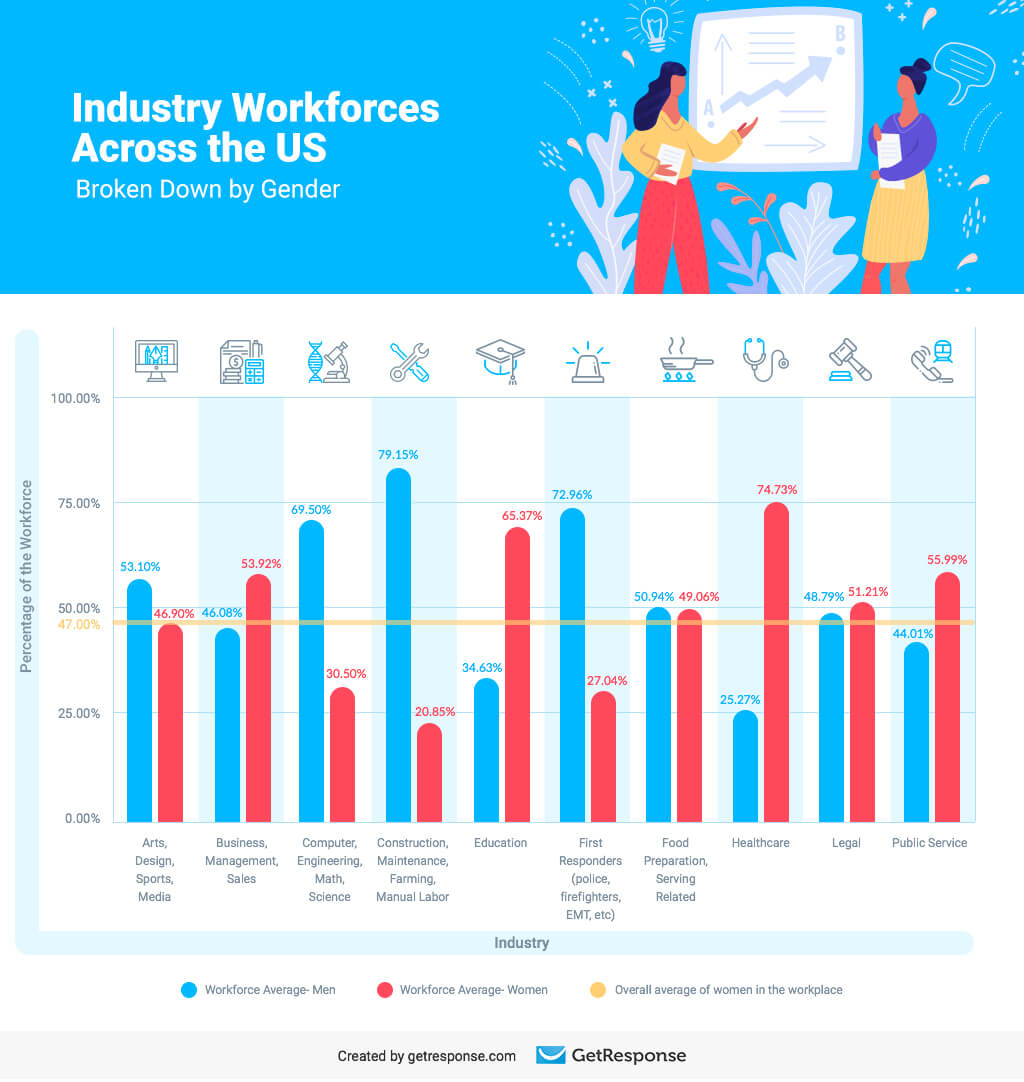 Industry Workforces Across the US Broken Down by Gender

Depending on the industry you work in, women can sometimes be the majority of the workforce. In fact, for education, public service occupations, and healthcare, they make up a much larger percentage of the workforce than men. They also have a slight edge in legal occupations and the business industry.

However, for computer, engineering, math, and science-based jobs, which make up over a third of the best paying jobs for women, fewer than 1 in three workers are female on average.

The wage gap is clearly evident according to the US Census. Based on mean earnings, men made, on average, 22% more each year than women did. The wage gap ranges from 12% to a whopping 38% in Sacramento and Atlanta. 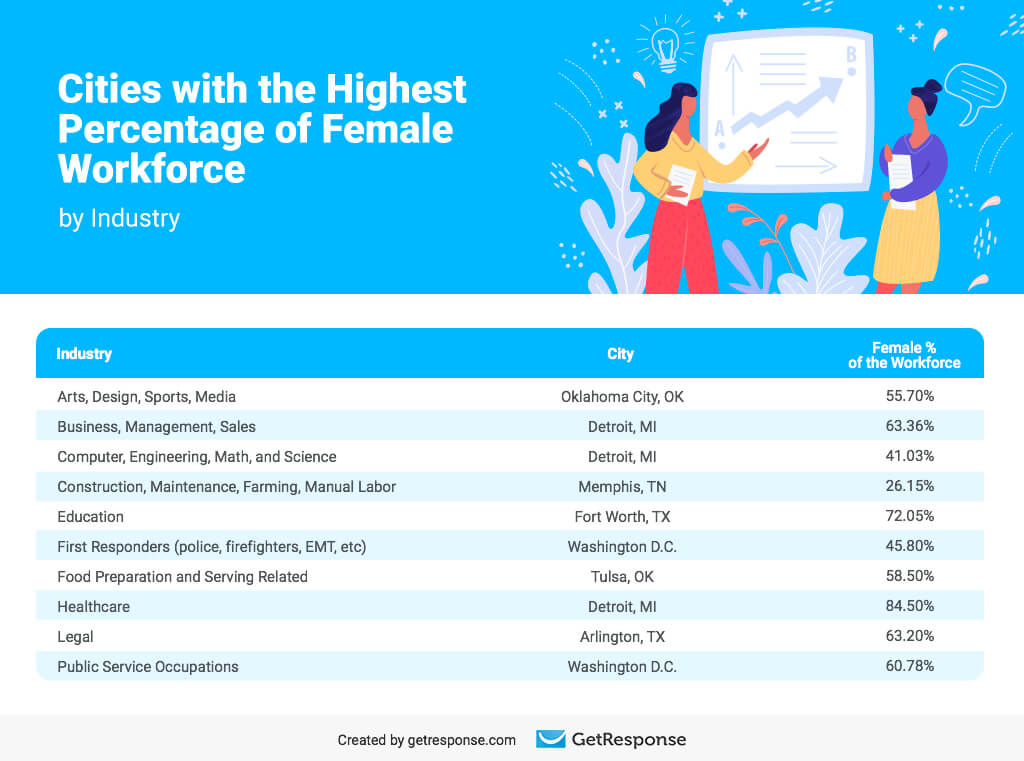 Cities with the Highest Percentage of Female Workforce by Industry.

If you’re planning on going into any of these fields, the following cities are the best places to look for jobs. In most cases, women make up the majority of the workforce for these industries in their top cities. Detroit has the highest percentage of females working in the computer, engineering, math, and science fields. Although the percentage is still far less than half, it’s much closer to a 50/50 split than most other cities. 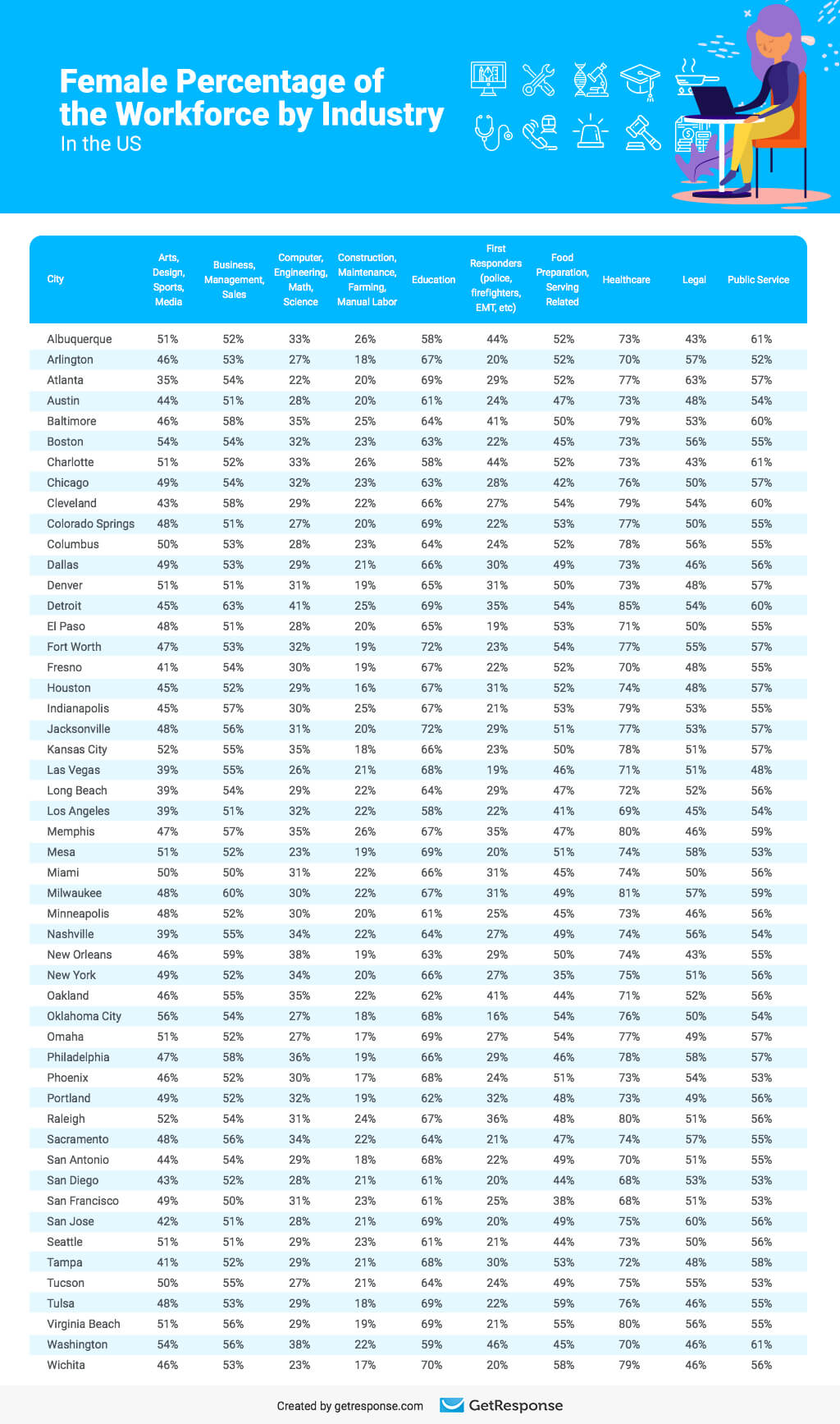 Female Percentage of the Workforce by Industry

If you’re wondering how your city stacks up against the rest of the top fifty US metropolitan areas, you can see what percentage of each industry workforce is made up of women in the graphic above.

Professional women continue to shatter glass ceilings and take the world by storm. We’re proud to have incredible women both as colleagues and customers, and we love watching them succeed.

Our team of tech geeks and creative experts continue to support women in their marketing ventures, whether they’re brand managers looking to create the perfect email series for their customers or the entrepreneur conquering markets all over. 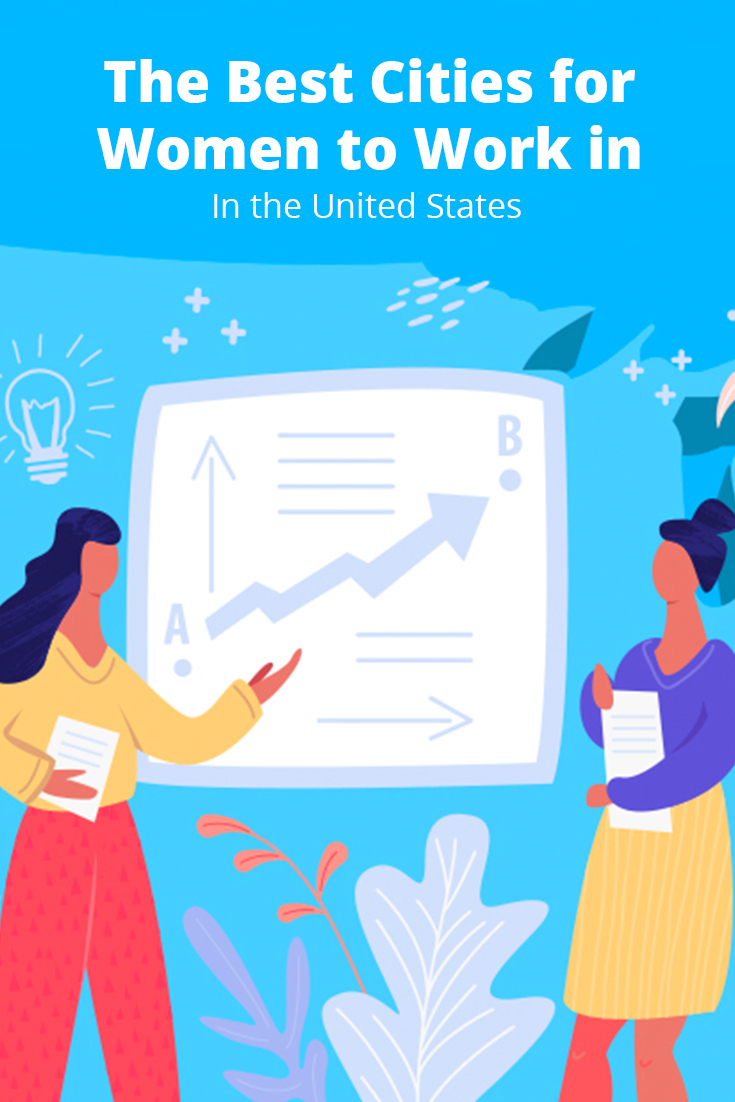